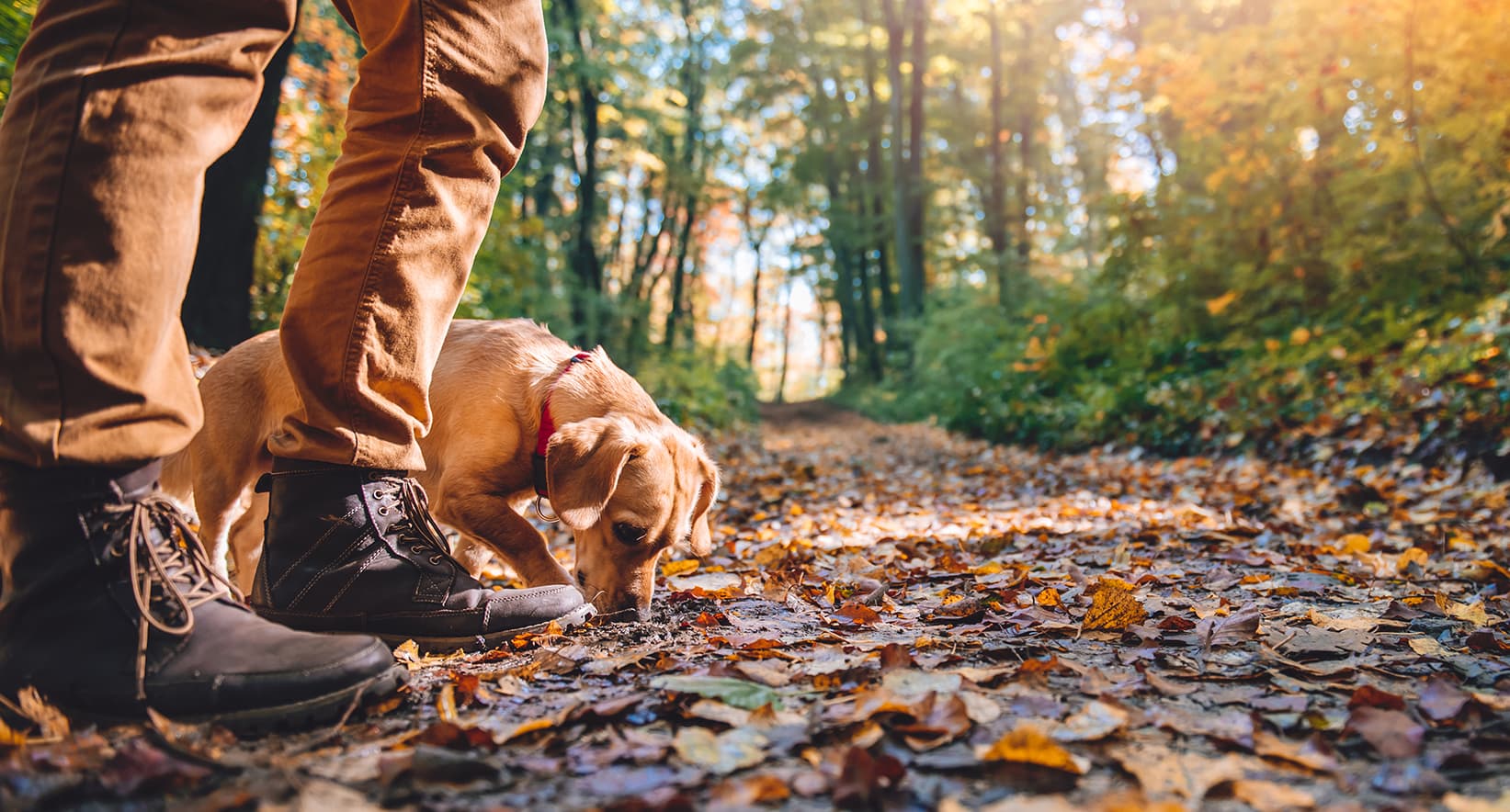 Those controversial grains… I decided to write about this subject after I recently met this passionate defender of grains at one of my lectures. I was surprised how much emotion the subject brings up. It seemed like she felt I forbid grains from all the dogs in the world even though I just tried to tell her I do not personally think grains are necessary for a dog, and none of my own dogs seem to miss them.

The old phrase “you are what you eat” still counts. All species, every person, dog, cat, frog, fish or even an ant lives best with the food they would eat in the nature.

Our pets often get wrong kind of food, but then again so do we people. We humans are gatherer-hunter species and according to this we should eat primarily “collected” and secondary “hunted” food. This is the nutrition from evolutionary point of view, but we do not really eat this way nowadays, and in my opinion this is why we are not feeling very well. We should eat less meat (hunter) and more raw (the collector) such as uncooked berries, plants, nuts etc. This example is based on the number of super foods, smoothies etc.

Even if some research have been done, there is not enough studies to say my statement is 100 % right. If we examine human as species from evolutionary point of view, this would be quite “right”. But then again you can always ask what is “right”. Does it mean we’re surviving? Or staying healthy? There is a lot of definitions, and as said, it lacks of “scientifically proven” studies.

It is the same thing when feeding dogs. I believe the feeding of dogs will not go wrong as long as we feed them with food they would eat in their natural surroundings. But then again there is a lot of opinions on what dogs would eat in the wild. One of the most controversial topics is grain.

A recent genetic study carried out by a university in Sweden compared the genes of dogs and wolves with each other. According to the study these two species did not differ genetically that much, and dog is actually able to make reproductive descendants with wolf. Unlike horses and donkeys, which can be crossbred, but the descendant (mule) is not able to reproduce itself because of the large genetic difference between a horse and a donkey. The wolf and the dog are able to produce reproductive descendants when crossbreed, because the genetic difference is very small.

The genetic study also told that the genes of a dog are able to utilize starch better than the genes of a wolf. These results made it to the headlines as well, but in my opinion the media did not make it clear enough that “better” is a bit different from “well”. Another thing that made me wonder was the fact that the results of the study were based on genes.

When I was in school, we were taught that all the living things born with certain genes and that is it: genes are constant and they do not change. Nowadays we know that genes do change, DNA as well. The environment we live in and the food we eat shape our genes during our whole life. We still have quite limited knowledge of how much chemicals and radiance etc. affect our genes, but my own guess is that it’s a lot…

After the previous statement you have probably concluded where I am going with this all. If the food and the habitat impact in genes, and a wolf and a dog have genetic differences in utilizing starch, would it be possible that the food and the habitat of the dog have impacted this research as well? Maybe – maybe not. In my opinion it is more than likely, but on the other hand it is indifferent.

I call it indifferent because even the dog could digest starch better than wolf, it does not mean it digests starch WELL. I say there are not enough studies about raw food and dry food – especially comparing studies – but in the future there will be. I’m waiting with the great enthusiasm and interest to see what the results of those studies will reveal. Then again it is proven that dogs will survive with grain-based (dry) food, some of them even well, so it might be pointless to argue about should or shouldn’t the nutrition be completely grainless. I think grainless is better but I do not say it is the end of the world or a great shame to feed grains to your dog. The studies indicate that many dogs with grain-based nutrition have more problems, but it does not mean that the grains are an absolute no-no. This is why I do not feel necessary to argue about the grains. Each dog owner may feed their dog as they wish.

The issue I want to bring up is that a grain is not a natural part of dog’s nutrition. Sure there is different opinions about this. Most of the different opinions are reasoned by the use of the grain with a village dog, because many breeds are from villages where dogs are used to eat waste food – and I do not deny that.

If we think about the grains, at first we have to look at the farming. How long the farming has been practiced? According to Wikipedia the first signs of agriculture such as cultivation of domesticated plants remains to the 9000 BC. Therefore you could say the first experiments of farming began over 11 000 years ago. There are differing opinions when a dog has became a dog, but 14 000 BC the body structure of the dogs living near humans begun to change. The teeth and the brain reduced, which are signs of taming of the dogs.

As a conclusion, dogs have been tamed around that time, maybe earlier, about 4000 years before people started farming. I do not believe the farming was in such a scale as nowadays, and therefore the grown crops (corn or something else) was thrown away as lightly as it is now. Times were really different, and I am sure everything eatable was used well. Nothing was just thrown away.

If you do not want to take into account the human food was more valuable than gold, you can always ask what the pigs have eaten. Pigs have not been part of the agriculture from the start, but it is said they came along around 2500 BC. Feral pigs more docile than their wild relatives, but both species were omnivorous, and ate almost anything. I dare to say if people left some food over or goods got spoiled it was rather given to pigs than thrown into the compost heap, and therefore a dog did not get it.

Where did the dogs get the grains if not from the compost? One theory is that dogs were fed with grain, but again I see a small problem. The village dogs ran free and they were not held in enclosures as today, not to mention it was very unusual to keep the dogs inside the house at the time. That era came later, and to be honest quite a lot later…

But as it is with all the history: there is not exact knowledge about how things were done “in the old days”, especially the time before handwriting. We can only try to guess by the pictures and remains, which are the description of the time.

This is why I am not forbidding the use of grains, but giving you an argument why I do not think grains are necessary for the dogs. I also hope that people would not confuse the two things together: the grains and the plants. The fact I do not think dog needs grains does not mean I suggest that dogs should cope without any plants.

The wild dogs eat their plant material somewhat raw. Depending of the habitat, they eat plants, berries, nuts and roots. In addition they eat the intestine of the prey animal containing plant material eaten by the hunted vegetarian animal. It seems like the “intestinally cooked” plant material is important for the dogs: not only from the hunted animals but dogs also eat feaces of vegetarians from the ground as well. Or is there someone who claims a horse or a rabbit poop is not often attractive to the dogs?

It is common knowledge that dogs want to eat those, but the reason is unexamined. Whether the plant material is already partially digested? Or maybe it is the enzymes or bacteria from the stool? Pre- and probiotics which can be found? Or maybe some other reason we don’t understand yet?

In addition the issues mentioned above many dog owners have noticed the problems with wheat that might be caused by gluten. The dog in the pictures of this post is called Linda, and she delighted us more than 10 years. She was a mixture of German Shepard and Finnish Spitz, and had osteoarthritis. Linda transferred to raw food when she was around 7 years. The change was noticeable, but nothing compared to the change we noticed after adjusting the diet completely gluten-free. In the pictures the dog is around 10 years, and in the end she was taken by brain tumor in the age of 12.

One way or another, I see no need for squabbles. Instead of that we need more constructive conversations and scientific studies about both humans and animals. Raw feeding is naturally best for your dog, and it has never been easier to give your dog the kind of food it was intended… People often ask me how do I know that I’m feeding my dog in a proper way? The answer is usually so simple that people…